“皇明実録 (Huangming shilu)” which means the Veritable Annals of the Ming dynasty is an official collection of chronologically arranged primary sources from the Ming court, the activities of Ming emperors, addresses the throne and others.

Transcriptions of the records can be found in the National Archives of Japan.

The image of “皇明実録 Huangming shilu” underneath was taken by Yasuhisa Akazome at the National Archives of Japan.

An associate professor of Nagasaki Junshin Catholic University, Nozomu Ishwi found a record in the annals dating from August 1617, which describes the arrest and interrogation of 明石道友 (Akashi Doyu), a Japanese envoy from Nagasaki, by 韓仲雍 (Han Zhongyong), the Prosecutor General of the Chinese Admiralty Board in Fujian.

The description was in the volume No. 560 of “神宗顯皇帝實錄 (Shenzong Xian huangdi shilu)” 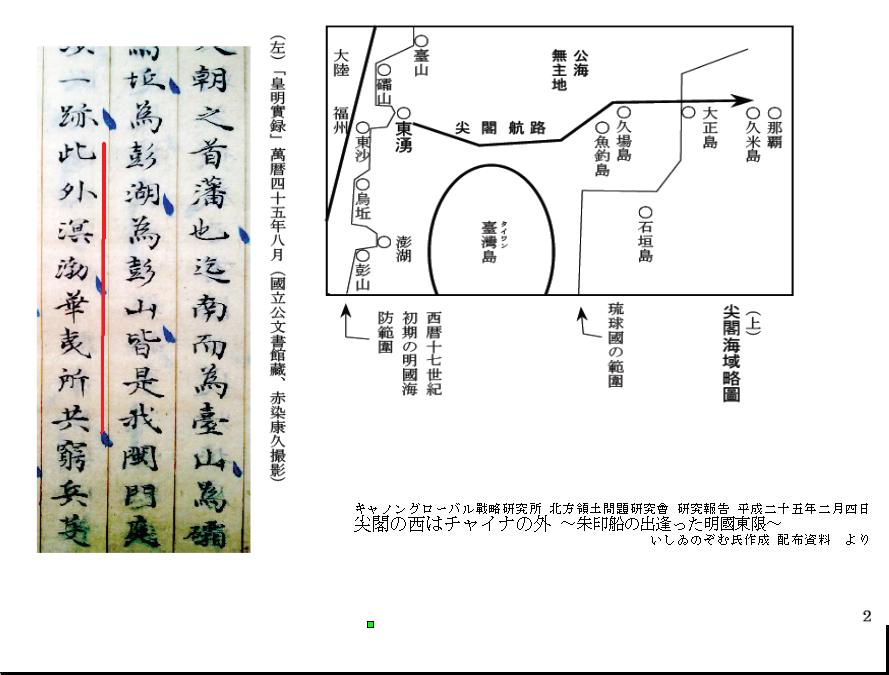 all are in the front yard of Fujian. How can I allow you in the area?

Beyond these islands, however, the vast expanse of sea is open for any nation both Chinese and other barbarians to do as they like. 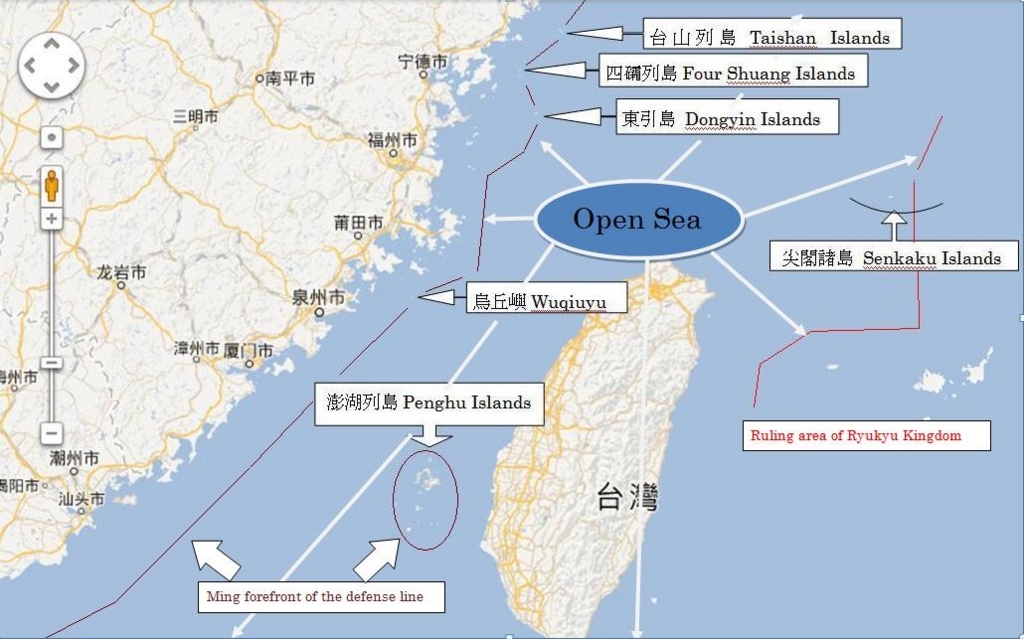 According to the record, a Chinese local government official met a Japanese envoy and mentioned the names of islands, including one (東湧 Dongyin, approximately 40km away from the Chinese coast) on the eastern edge of the Matsu Islands (馬祖列島), that was controlled by the Ming and said the ocean beyond the islands was free for China and any other nation to navigate.

Ming had effective control only of the coastal area.

Ming recognized the East China Sea as out of its boundary.

In the time of Ming dynasty (Aug 1617), a Chinese local government official (director of coast defenses) told a Japanese envoy (Akashi Doyu, who was then arrested by Ming) that the Ming's effective control ends in Matsu Islands, and the outer ocean is all free to voyage.

While Akashi was interrogated by the director, the director pointed at one of the islets of Matsu (東湧 Dongyin, the eastern end of Matsu Islands, app. 40km away from the China mainland) on a map, and said the waters outer than this islet is where “both Chinese and Barbarians (foreigners) can freely (use)”. This is an interrogation record, in Ming's official daily reports “Huangming (or Daming) Shilu”.

And please note that 明石道友 (Akashi Doyu) was a Japanese envoy from Nagasaki.

The Senkaku Islands, including Uotsurijima Island, are about 330 kilometers from the Chinese coast. 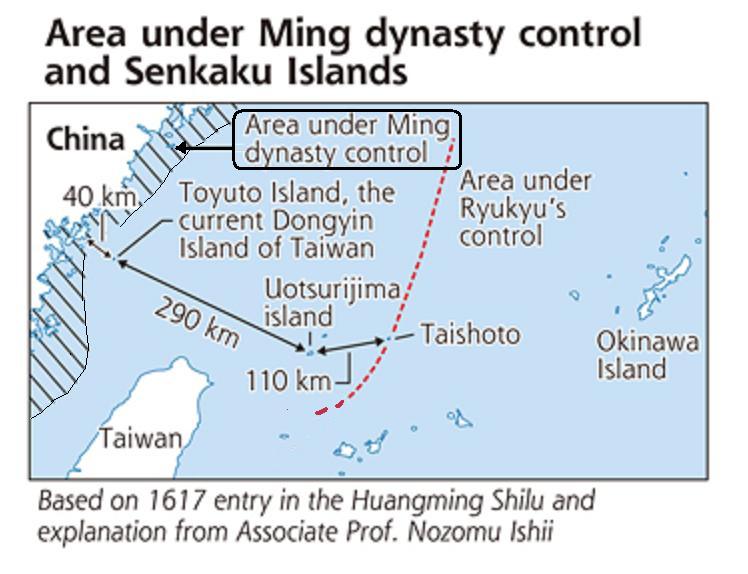 Feel free to copy and reprint but please just specify an origin of quotation.