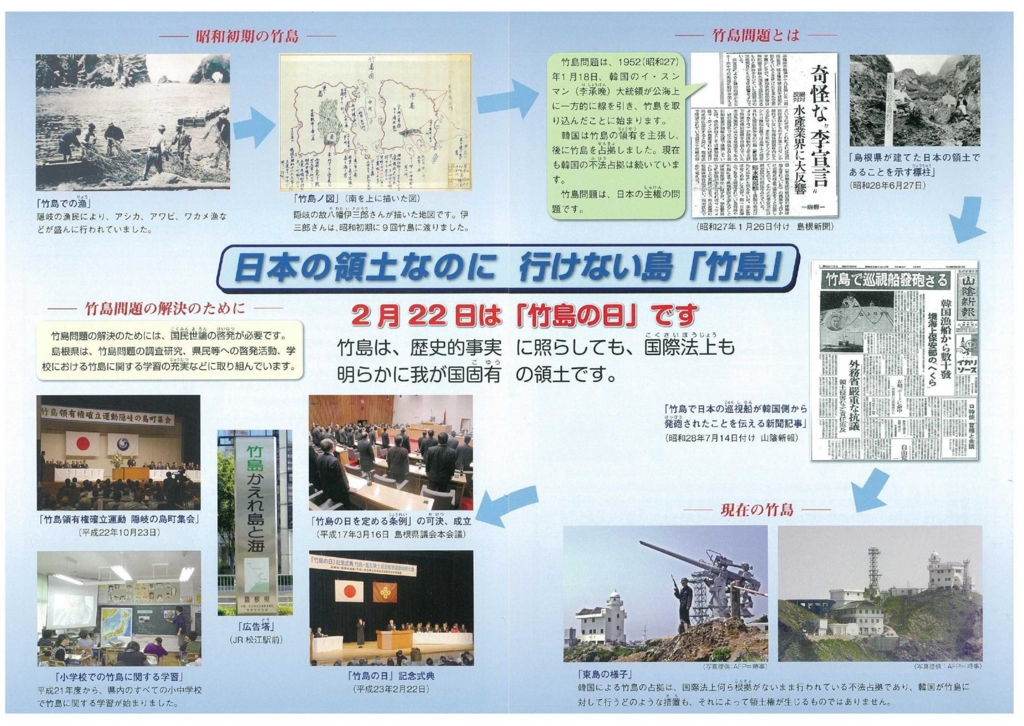 South Korea conceals the historical facts from Korean people under the cover of Takeshima invasion.These facts are as follows.(No.1) The Autumn Uprising of 1946 in Korea was a peasant uprising throughout the southern provinces of Korea against the policies of the United States Army Military Government in Korea and in favor of restoration of power to the people's committees that made up the People's Republic of Korea. In this incident, 136 were dead.
(No.2) Jeju Uprising from April 3, 1948 to 1954, South Korea Army and the right wing killed 60,000 islanders.

(No.4) The Bodo League massacre in 1950, members and their families of Bodo League, political prisoners and non-armed civilians, total more than 200,000 people killed by South Korean Army and South Korean Police. One of the sources say they killed 1,200,000 people, all Korean.

(No.6) The National Defense Corps Incident in 1950, Commanders of Korean Army including Syngman Rhee plundered foods and army's supplies. These plunder made 90,000 soldiers starve to death.

Among the roar of indignant around the world, of course from Korea herself, Syngman Rhee stole Takeshima suddenly, and declared the Syngman Rhee Line Jan.18,1952.
He had the intention to keep his power to the nation.

When Korea invaded and robbed Japan of Takeshima, Korean military killed 44 and abducted 3,929 Japanese, and Japan was still under Allied occupation with no military to protect the islands and people.

It was the meanest trick of South Korea to have taken advantage of the defeated, occupied and non armed Japan.